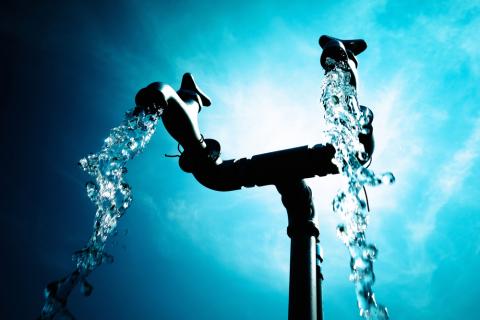 When the non-domestic water market opened in April 2017, businesses gained the opportunity to choose their water supplier – but so far, it seems that few businesses have chosen to do so.

According to Ofwat, around 120,000 customers engaged with the market within the first year of it opening. Around 25,000 considered switching but chose to stay with their current provider, 10,000 have renegotiated with their existing supplier, 15,000 are actively considering switching and 35,000 plan to engage in the market in the near future. However, only 35,000 customers had actually made the switch at the 12-month mark.

As that accounts for just 4% of customers, this means that the vast majority of the market is yet to switch their supplier. Of course, any new market is likely to take some time to mature, and we have seen more activity in the first year of the English water market opening than we did when the Scottish water market opened – only 2% of Scottish businesses switched their supplier in the first four years of the open market.

When we spoke to over 700 SMEs for our ‘The Missed Opportunity’ report, we asked those with an office in England why they hadn’t made the switch yet. The most common answer was that switching suppliers just isn’t a priority, with businesses in the South West most likely to see switching as a low priority. None of those we spoke to in the manufacturing industry had switched their supplier, and they were also the most likely to say that it wasn’t a priority for them.

Interestingly, a quarter of those we spoke to said that they haven’t switched suppliers because they are happy with their current supplier.  However, 9% told us that they’re too busy with work to switch, and 4% said that switching is too complicated. At SES Business Water we’re trying to make the switching process as quick and easy for businesses as possible – you just have to fill in a simple  online form to tell us you would like a quote , and we will send you a quote and if you want to accept all you need to do is reply yes and we will do the rest – so we were disappointed to hear that time and complexity are barriers for some businesses.

Is awareness still an issue?

While awareness clearly isn’t the only barrier to switching, we believe that it’s a really important factor in the low switching rates we’ve seen so far. Ultimately, if businesses aren’t fully informed about their options or the benefits of switching, they’re unlikely to do so – and we want to make sure that businesses of all sizes are getting the most out of the open market.

Talk to the experts

Got questions about what’s changed in the market, or how you can switch your supplier? Contact us online or give us a call today!