Skip to main content
Home Insight Water waste: why we need to cut down on plastic

Water waste: why we need to cut down on plastic 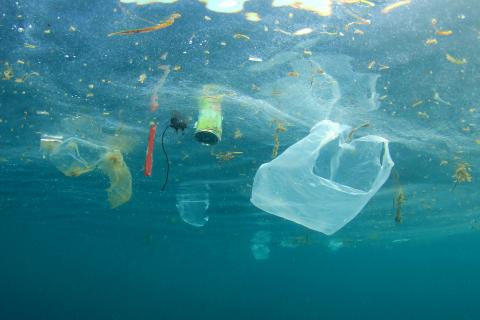 In the UK, we’re lucky enough to have easy access to drinking water – in fact, our tap water is subject to such rigorous safety tests that it’s actually safer to drink than bottled water.  But despite the rigorous quality testing our water goes through, research has found that something you might not expect is present in the water we drink – plastic.

A 2017, Orb Media carried out a global study of tap water and found plastic in 83% of the 159 samples tested. While European nations (including the UK, Germany and France) had the lowest contamination rate (at 72%), it was still high. Samples were taken from a range of sources, from natural springs in Beirut to bottled water in the US, so the results show that plastic pollution is a widespread issue affecting countries across the globe.

With an estimated 8.3bn tonnes of plastic produced since the 1950s, perhaps it shouldn’t be surprising that it is now making its way into our water supplies – but what does microplastic pollution mean for our health?

Should we be concerned?

While the health implications of consuming plastic particles have yet to be explored fully, scientists have raised concerns about the report’s findings.

That’s because although the samples tested were found to have plastic fibres, it’s possible that there were also nanoparticles of plastic in the water that were too small to measure. Nanoparticles could penetrate our cells, which would mean that they could penetrate organs, and this could be a real health risk. Microplastics can also absorb toxic chemicals, which could be released into our bodies when consumed.

How does plastic get into our tap water?

We consume an incredible amount of plastic, and as much of it is single-use, we also throw a lot of plastic away. While many of us make conscious effort to dispose of waste responsibly, there are still an estimated 8 million metric tonnes of plastic entering our oceans every year!

Most plastics in the ocean eventually degrade into smaller and smaller pieces, until they become microplastics, which are then too small to be filtered out by standard water treatment systems. There are many other ways that microplastics can reach our taps, too – microbeads, a type of microplastic, are used in cosmetics, and it’s thought that as many as 700 plastic fibres can be released from clothes in each cycle of a washing machine.

What can we do?

Unless we take action, there will be more waste plastic in the sea than fish by 2050, and this is likely to increase the amount of plastic in our tap water.

While microplastics can come from a number of sources, the scientists behind the report recommended that the best way to prevent plastic from entering our water supplies is by reducing the amount of plastic you use day-to-day. Here are just a few ways that we could all cut down our plastic use in our professional lives:

As a water supplier, we’re passionate about educating businesses on water issues and encouraging everyone to use water wisely. For advice on how to become more water savvy at work, including how to save money by becoming more water efficient, visit our Insight pages.